SHAREit and Xender both are one of the best sharing apps in the market with more than 1 billion downloads. Both are doing good in the market, but we are here to summarize which one of them is best. 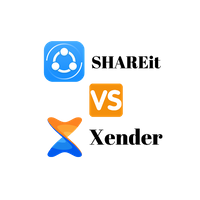 Even though both apps are made to transfer files from one phone to another, phone to pc or pc to phone at very high speed.

So we are here to look through many aspects like file transferring speed, user interface, and many others to find which one of them is best.
Is it SHAREit or Xender?
So let’s get started,

The most crucial thing in any application is the user interface.
How easy to use the Application is for the users?
SHAREit – the User interface of old SHAREit is good, but the new version of SHAREit contains so many ads that users do not like it and it also breaks the connection between the users with the app.
The main reason for this is that SHAREit wants to get into getting into the entertainment sector. SHAREit now providing  Infinite Online Videos which helps you to surface online videos within the app.

Both the app SHAREit and Xender used only to transfer the data to one device to another, so the good transferring speed is a must for all the users.
SHAREit – According to the SHAREit official team, the highest speed goes up to 20M/s.
Xender – Xender can give you the highest speed that can reach 40Mb/s.

Both the applications support various device sharing, but the question is which app is easy to use and have good speed connection in multiple device sharing.
SHAREit – SHAREit uses Group share feature in the app to help users to send files in a group.
One person has to create a group, and other users have to join that group by connected to the host network.

Xender – Xender uses the conventional way of  Web share to connect users in the group.
You have to scan the QO Code of the host mobile, and then you are automatically connected with that device. 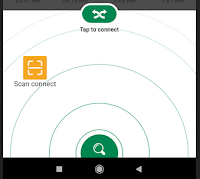 Multiple Sharing of both the app is good, but I have to say this Xender sharing option is much easier to use then SHAREit.

All the users were always looking for something which is best for them and the health of their smartphone.
No one likes it when the battery of their phones dies faster.
So yes, battery matters
let’s look at some aspects which one is best SHAREit or Xender in terms of battery consumption.
SHAREit – As we told earlier due to some extra features, SHAREit gives us like Video streaming, trending songs, news flash so it required more battery consumption.
SHAREit also sends lots of notification its means its always running in the background, so the consumption of phones battery in SHAREit is high.
Xender – As a comparison to the SHAREit, Xender uses less battery than SHAREit because it does not have extra features as compared to SHAREit. So the battery consumption is low compared to SHAREit.

A proper file transfer application is that which helps you not only support in transfer file in phones but also in Pc with the same high speed without the use of USB cable. Although both apps help you to connect the phone to pc of transferring the files.
So let’s see which one is good in that,
SHAREit – SHAREit has a dedicated app for pc. it helps you to connect the phone to Pc. it is a very smooth process to connect phone and Pc via SHAREit.
Xender – When it comes to Xender. It does not have a dedicated app for Pc although it can also help you to transfer files from phone to Pc or Pc to Phone Via Web Share of Xender but its a little bit complex then SHAREit.

Let us look at some other comparisons between both of them.
SHAREit
Xender
New Features of Xender

Some Useful ScreenShots (SHAREit Vs Xender) 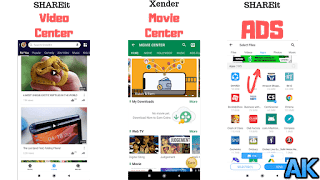 In PlayStore Xender has the highest rating among them on the other hand in AppStore Both the apps have similar ratings.

Which is better SHAREit or Xender?

We are no one to decide which one is better its all upon the users of the app. what they need in the app and what are their requirements.
As a user of both apps, I can say that
If you are looking for an app which helps in transferring files as well as its help you in entertainment purpose. SHAREit is the go through Application but if you are looking for a smooth and adds free experience which can help you only in file transfer Xender is the best option.
You can look through all the points we discuss earlier, and you guys decide which app is best for you.